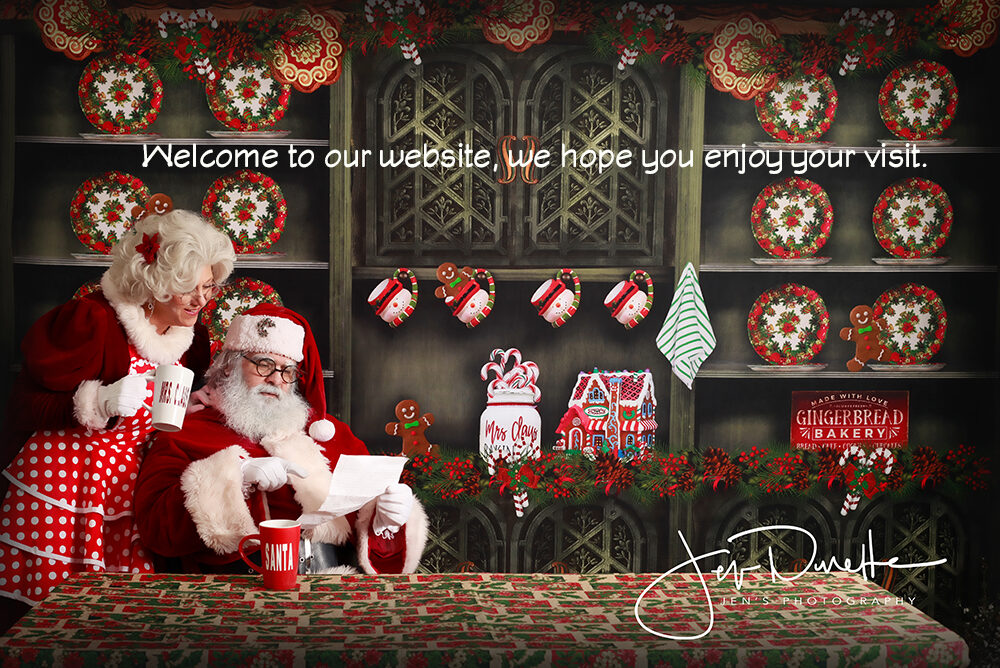 One day in late fall, Mrs. Claus and I were strolling arm-in-arm in your fair city, when we came upon a mother and her son looking in a department store window at a Christmas display. Mrs. Claus and I stopped for a moment to look as well. As we started back on our adventure, we had to stop walking when we came to a crosswalk light that had turned to the orange hand.

As we were standing at the corner, waiting for the hand to change to a person walking, the mother and her son stopped next to us. The boy wanted to go back to the display in the window to see the train roaring around the Christmas tree. In the corner, the Christmas tree had airplanes circling around the top of the tree near the star, with garland trailing off the tail of the planes and Christmas lights blinking, and the television was playing a Christmas movie. As well, there was an empty glass and a cookie tray with crumbs sitting on the hearth, plus a pair of crimson red pant legs with two shiny black boots with white fur wrapped around the top in the fireplace, with a white glove holding an empty toy sack near the boots.

The boy was standing next to me with his mother, and he started throwing a temper tantrum. Mrs. Claus and I looked down at him as he was trying to pull away from his mother’s grip. As he was tugging, he was pointing back at the display. Mrs. Claus tapped my hand and she gave me a wink.

I put my hand into my coat pocket quietly and started to ring my Christmas bells very gently. The little boy stopped his tantrum and looked at us as we were looking up at the sky. Mrs. Claus then said, “Oh, it looks like Santa is exercising his reindeer today,” as she was looking at the boy’s mother. The young lady responded, “Oh yes, he is out getting his reindeer ready for that long journey around the world.” The crosswalk light had changed, and the little boy was still looking up at the sky.

As we all crossed the street, the little boy was still looking at the sky, trying to see if he could see and hear the bells again from Santa’s sleigh. His mother was smiling and lip synced “Thank you” to Mrs. Claus, who winked back at the mother. We turned when we got to the corner and the mother and her son kept on walking.